Is it really useful, to have separate settings for rerouting and for route indicator ?

Good question and already exists in my mind too.

Why not simply inherit the route indicator setting from the rerouting option setting?

Route indicator has an extra 4th option for disable (not very useful).
So can indeed merge the two settings to avoid too much confusion.

Is it really useful, to have separate settings for rerouting and for route indicator ?

I do think that these two are different. For example you might want the indicator to show to the next waypoint, but the rerouting to the nearest point.

Route indicator was not meant as a waypoint guide. It was always connected to rerouting, that’s why has exactly same options.

Hello,
I tried the function “Avoid Roadblock” today an it worked very well. The distance was 500m. That’s an important and useful function. Thanks a lot!

: the routing seems to be very reasonable. Helpful new function!

Tested using the “next unvisited waypoint” option with a few special scenarios to see what the behaviour will be. And I was really happy with it: I think now it’s unlikely that rerouting will mess up your route. Very good: if missing a waypoint due to a detour Kurviger still automatically omits it if getting near the next one. It’s just the behaviour I’d expect if being rerouted (and very convenient if being used together with the “skip next waypoint” function, like Tom already mentioned). Perfect!

Will the option to define mandatory and optional waypoints (which would then best fit to the option “nearest waypoint”) still be developed then or is this obsolete by these new functions?

I would really appreciate if this feature will nevertheless be implemented in the future. Still would offer additional functionality.

I really like this new look. Especially the fact that the distance to the indicated point is shown. This helps to estimate your way even if not seeing the route at the moment.

Helpful. But I would really appreciate if this layer would also be available on Kurviger’s website. Gastronomy locations are also important while planning a rotue, not only for spontaneous stops during your roadtrip.

Hmmm - I don’t understand how to use that function. I looked up a location in Google Maps, copied the Plus Code and pasted it in the search field in the Kurviger app. Nothing happened. Also tried to use the “share” function but this also didn’t work. I think I’m doing something wrong.

What would be the best way to import a looked up location from Google Maps directly into Kurviger?

there is little laziness in screen setup. Is this due to the beta?

I also had the feeling that the display refresh rate is a little bit slower than it was before (even on a Huawei P20 Pro). Maybe because I had actived the gastronomy layer?

All in all this a very valuable update. Thumbs up!

I will see that.

I looked up a location in Google Maps, copied the Plus Code and pasted it in the search field in the Kurviger app.

It works in search, write a (global) plus code, e.g. 7HQQ57WG+66.
Or if long press a point on map and in Share.
Share contains: OSM link, Plus code, what3words.

Local plus codes need extra work with online search for the area name.
It’s their own online implementation, usable inside their online ecosystem.
Third party apps need extra work just to be compatible with Google Maps.

Maybe because I had actived the gastronomy layer?

Gastronomy layer contains too much content, that’s why all maps show such POI from a sufficient zoom (e.g. 17) to avoid hurting map performance. Currently we show it from zoom 15, cannot do it earlier and probably need to do it in larger zoom.
It’s like house numbers or vegetation layers, too much data needs large min zoom.

Looks like avoid roadblock for 100m does not work reliably. 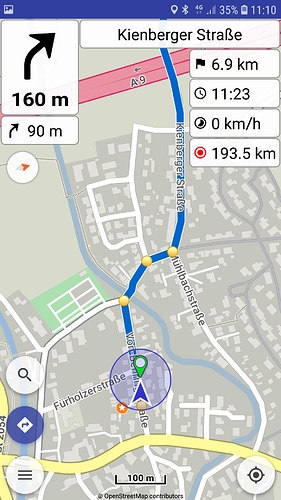 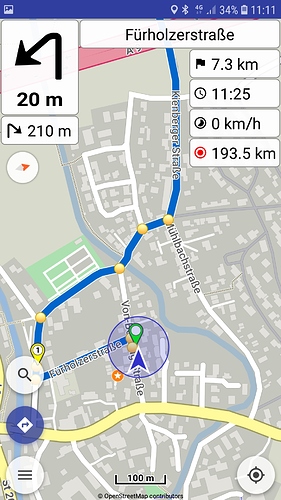