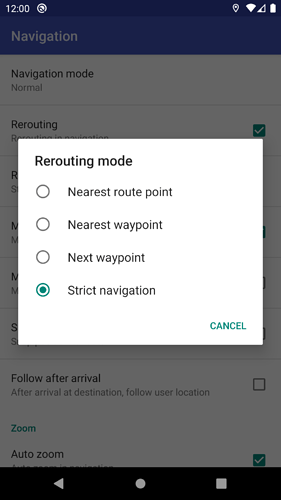 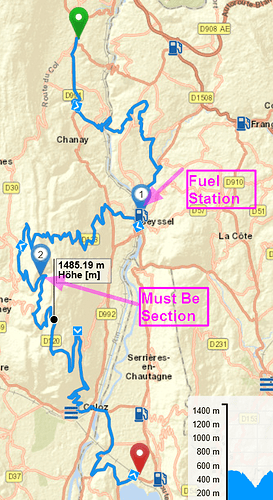 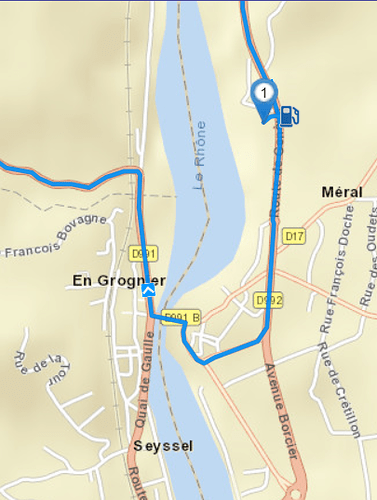 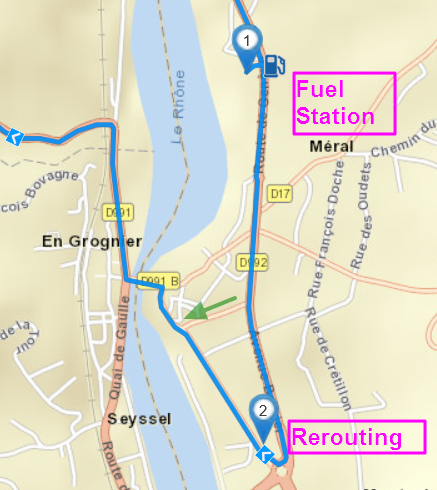 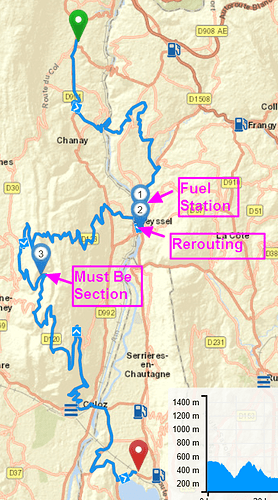 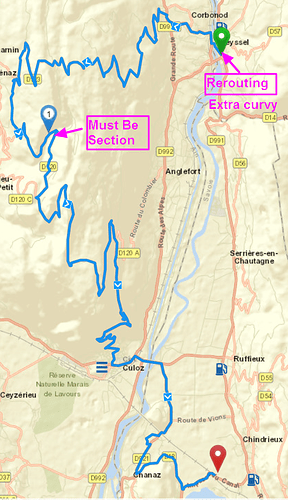 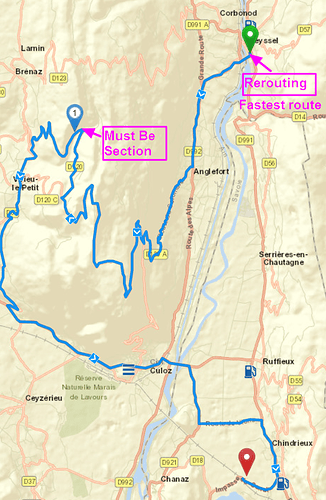 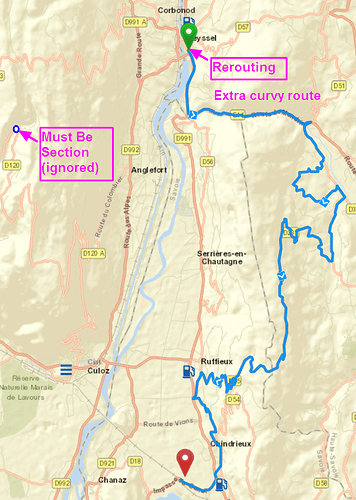 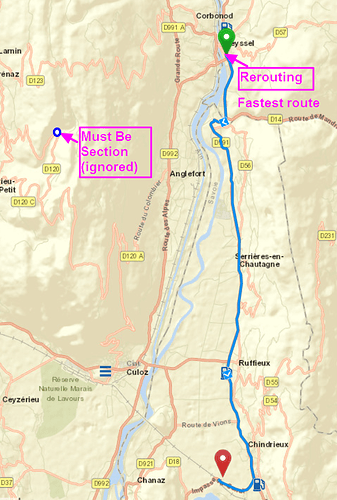 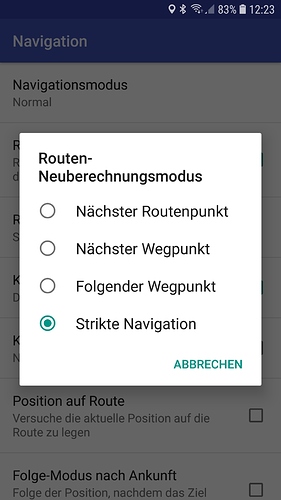 @linux-user summarized nicely all options above.

The main difference between “Next waypoint” and “Nearest waypoint” is that “Next waypoint” leads back to last omitted waypoint, like “Strict navigation” but more flexible, so it’s already covered there.

While “Nearest waypoint” leads to the nearest of all “next” waypoints, seems what most navigators offer and so what most users expect.

We should also think about the history, and why we got all these rerouting options.

For users to understand the intention of this rerouting options and also for easy documentation we shoud only keep a strict and a flexible version.

We should also think about the history, an why we got all these rerouting options.

Thanks, some options were added to help until the proper ones are implemented.

(2) indeed seems like the (temporary) step towards proper implementation of (3).

For users to understand the intention of this rerouting options and also for easy documentation we shoud only keep only a strict and a flexible version.

That reduces complexity also in app maintenance, my concern for the future…

We should have in mind that since “Next waypoint” is currently the default, most users “report” to use that option. Important is if they tested all options and understand the differences and what they need.

I will test the strict mode today on a roundtrip with crossing sections. The other flexible options are also useful in other situations, for me less on a complex roundtrip if you want to catch all planned curvy roads. In any case I find it excellent that this flexibility is offered and realized.