I’ve come across something weird. Some of my routing files, no matter if in .gpx or .kurviger format, just won’t be calculated correctly - all the waypoints are missing. This happens with BRouter and GraphHopper in offline mode as well as with Kurviger in online mode. Here’s an example: The original .gpx file and the same route as a .kurviger file.

As far as I can see, these are clean files, I couldn’t discern any meaningful differences with files that work.

Strangely, for a second or two after the impoirt the full distance is shown (ca. 470 km), and a few seconds later only the distance to the route’s final destination is shown (see screenshots). 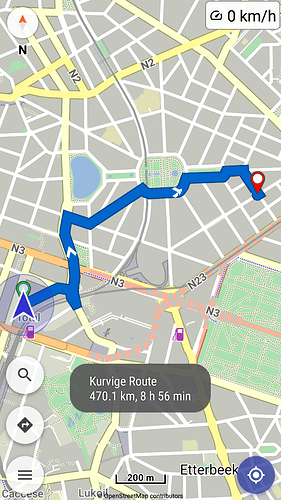 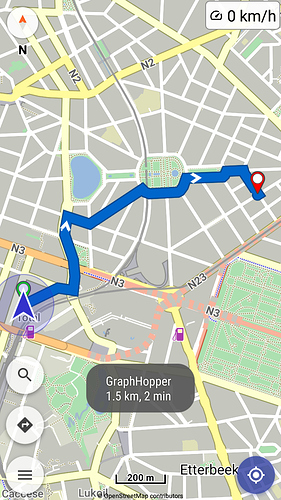 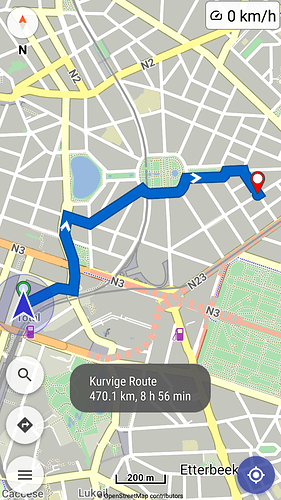 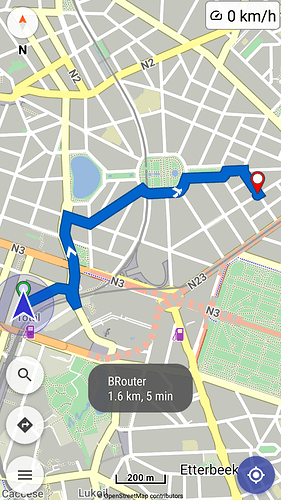 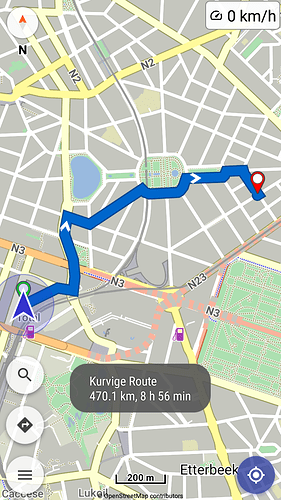 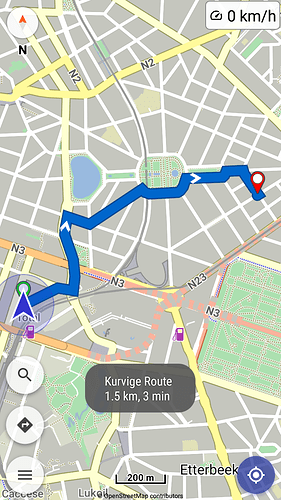 Does anyone have an explanation?

Kurviger files are offline formats that contain the complete routes.
So they don’t need routing services or internet when import them.

This route goes through 2 countries (Belgium + France)?
But GraphHopper does not support cross border routing. 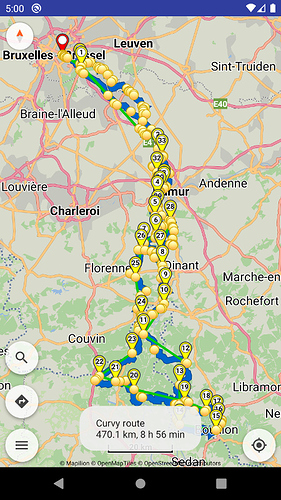 Yes, I know that GraphHopper doesn’t support cross border routing, that’s why I used BRouter. And when I impoirt the file, I see the same as you’ve posted. BUT: When I start the navigation, it says: “Route verpasst” (“Route missed”) and asks me if I want to navigate to the start or the next waypoint. If I choose next waypoint, I end up at the point I decribed at the beginning…

When I start the navigation, it says: “Route verpasst” (“Route missed”) and asks me if I want to navigate to the start or the next waypoint.

Thanks for the extra details in the report, now we can understand better what you mean.

When begin navigation away from the route, a rerouting is triggered and asks to reroute you to route’s start or its nearest waypoint.
(there cannot be next waypoint before actually start navigation and drive on route)

If nearest waypoint is not good, e.g. in round trips when begin near route’s end,
you can select rerouting at route’s start.
Or ignore automatic rerouting and resume the route yourself.