Stick to Mainroads in Villages

Dear developers,
would it be possible to add a routing option so that in villages the route would stick to main roads as much as possible?
In the example below the choosen route through this ‘Kaff’ more or less goes through the backyards of the houses at this road.
Besides that it can be anoying to brake down to nearly a halt right at the beginning of this village (just as an example). No one behind you would expect you doing that. Main roads in this case have the advantage of additional signs, traffic lights and so on, thus making riding a lot easier and intuitiv.

Thanks for the proposal. That is a bit of an unlucky example

We can double check if there is the possibility to improve this situation.

Unlucky in what respect? I can give other examples, had similar points 4 or 5 times last Sunday from Wolnzach to Staffelstein.

Unlucky in what respect?

Well, the way via the mainroad BA19 is ~three times longer than the way Kurviger has taken.

Yes, correct, but on a nice and clean road. I don’t know whether the routing algorithm can be changed in this case, but maybe they could connect this topic with a similar proposal or request which deals about different routing options in one single route. And this automatically.
But then, going through Munich is probably totally different from going through a 50 souls village in the Oberpfalz

I would like to add my experiences now in our Italy-France-holiday, more than 3600km.
There we also had a lot of small villages and also larger cities, where kurviger is creating also “curvy” routes, going away and coming back on the main road. I think that’s the behavior in the style of “curvy”.
But in villages/cities it’s often annoying for the driver, but also silly for the residents, if you’re driving between small houses, only to drive “curvy”.
Our standard planning was “curvy” route and I think it’s not a solution to divide it in several trips a day, and creating a “village route - direct & fast” and then again a new one outside with “curvy”.
I don’t have any knowledge about programming such an App or website. My simple thinking was if it would be possible to programm: “if you find a village /town sign (Ortsschild) then stay on the main road, don’t drive curvy, unless you get the final town sign”.
The problem is, that if kurviger propose to leave the main road in unknown areas you don’t know if it is really “correct” to go right/left because of a new direction, or if it is “only” a curvy alternative.
(Often you can’t see the complete road and routing to identifiy if it is planned to come back on the main road).

Would something like this be possible?
Best regards
juschka

So the general answer here is:
Yes, kurviger already does this. We all agree that this is the best way to do it, go through the towns quickly and be curvy again later

Now there’s two more things to say: first, I would strongly suggest planning the tours a bit in advance if you can. Then you could add additional markers (click on route, then drag the marker around) on the main roads of the towns where you see kurviger is leaving them. Me personally I work on routes until I know almost every centimeter of it, I don’t leave the house without telling kurviger EXACTLY where I Want to go, I use the curvy route only as a “first suggestion”

But secondly: yes! Please do Send us all examples where this went wrong. Because that’s the beauty of open map data, we can change things here

if kurviger leaves the main road, it probably thinks another road is faster through the town, maybe because of some missing speed tags? We could add those!

But in villages/cities it’s often annoying for the driver, but also silly for the residents, if you’re driving between small houses, only to drive “curvy”.

I fully agree. Usually this behavior is not about curves though. Many cases can be solved by adding more data or correcting the data. Other examples could be improved on the algorithm side.

Indeed. See my example through Munich

Just a sample to demonstrate how good Kurviger routing is meanwhile.

Nice. Something like that also in smaller areas and Bob’s your uncle

Another example. One more interesting thing: ‘fastest’ sometimes goes through the residential area, sometimes not.

One issue - especially in small villages - is, that OSM mappers have tagged every road as residential simply because there are houses nearby.
So it is impossible for a router to see where the main road should be.

See this discussion in german OSM forum (unclassified vs. residential)

IMHO the right thing should be to tag the “main road” through the village the same type as it is outside the village.
A sisyphos work to correct this, which can be only done, if you know the local situation.
Anyway, if you know examples where Kurviger choses a suboptimal way, posting them might help to improve things.

Wow that’s a great collection of examples guys. This discussion has really made me aware of the “residential” thing and correct tagging, I’ll make sure to keep this in mind when I edit OSM next time.

@boldtrn could you maybe elaborate more on how we can “help” the algorithm? What other flags are important to set? Speed, residential… What else?

Thanks for all your serious discussions.
For sure I remember, that last year (or in 2017) someone of the admins pronounced, that the routing in villages was optimised to reduce unnecessary kurvy streets. But this year it seemed to me that’s more worse? Perhaps its because of the quality of the road information in OSM in CH-F-I?
I’ve added some example - I don’t know if someone want to check everyone.
And I don’t know how to add more information to find the correct scene, therefore additional information concerning the “general” route:
Nr. 1: route Andermatt --> Martigny
Nr. 2: Saint-Jean-de-Maurienne (ouest of col de telegraph/galibier: here we followed the “normal” route with serpentines, not shortening the route
Nr. 3: Briancon: it’s not necessary to go the long route and turn around. There is everywhere allowed to go straigth through the city
Nr. 4: Isola 2000: the planned route is only allowed for residents, our trip was the “normal” road through this village
Nr. 5: Luceram, that’s in the south, near Monaco/Nizza
Nr. 6: Furmeyer is in the ouest of GAP
Nr. 7: Oberammergau - that’s easy 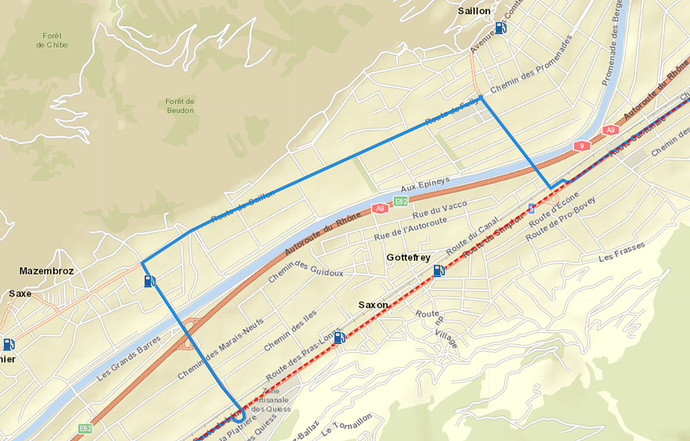 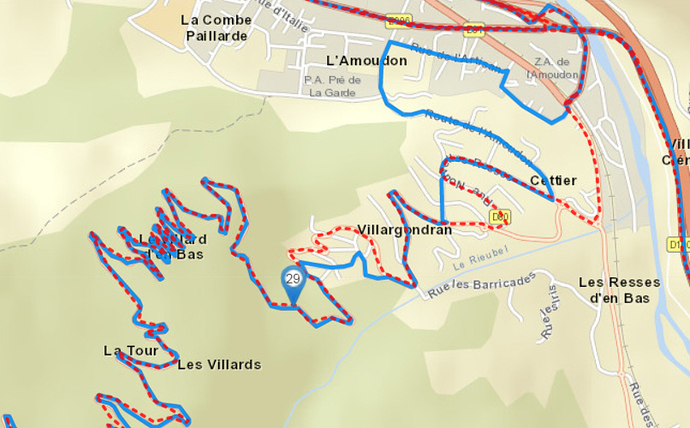 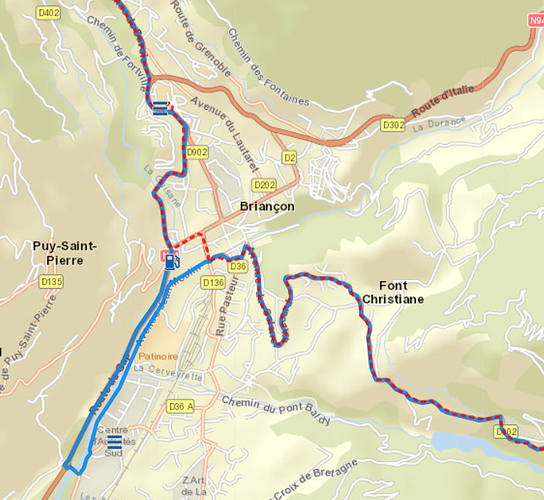 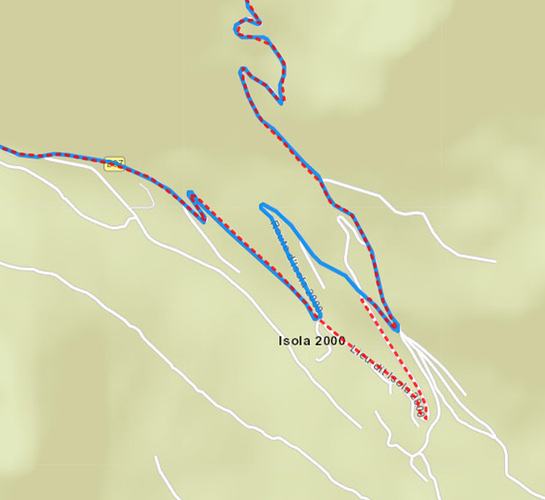 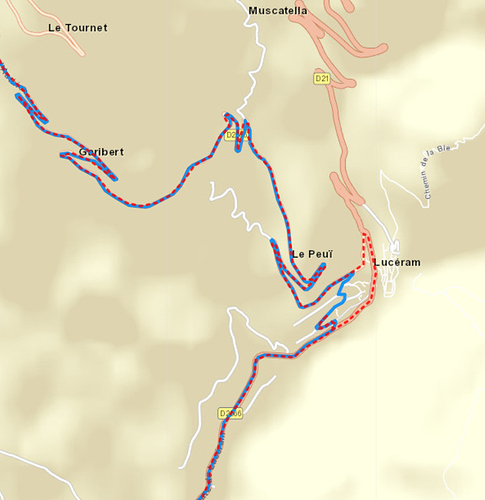 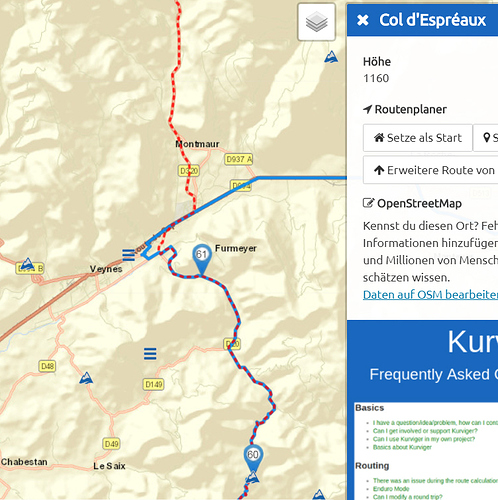 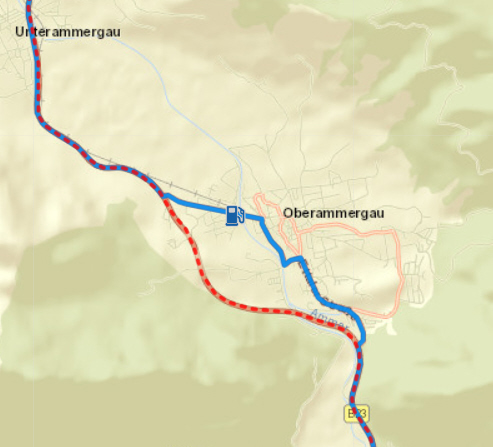 @juschka10001 would you mind adding a “kurviger”-link to the examples?
Just a short route piece!
(The share button on the Website pops up with a short link.)

The short route is about 3600km

I hope that’s the correct version to do it.
Thanks juschka

Hm, a lot of those examples are not inside villages if I see that correctly. Would you want the algorithm to follow the main road more just in general? I don’t think the devs can do much to make kurviger stay on those serpentine, hairpin-bends from your examples more, without breaking lots of other stuff. How would kurviger be supposed to know that it needs to look for extra curves sometimes and sometimes not