Some words about me as well

I already introduced myself in the old (Google) forum - so let me just repeat this here again:

I am “only” an ex biker and I started with testing and using several biker apps and internet offers for cruising with my Italian spiders (“roadsters”)!

If you want to see more, have a look at Barchetta-Blog.de - there you will find also a link to the Barchetta-Forum, where I am one of the admins - and reported some time ago about my results including Kurviger Pro and its advantages for cruising by our Italian spiders as well.

Maybe it’s interesting for you all, that there “are kindred spirits” among “Fourwheelers” also (on whose solidarity you “Twowheelers” can trust all the time)!

When the discussion came up to create a new and more powerful forum for Kurviger, I offered to the developers to initialize and support that project and contribute my experiences with the Barchetta Forum for many years. That’s why I started here with ideas and proposals for structuring this new forum by categories, tags, colors etc. etc.

This I must combine once again with a huge Thank You to Emux and Robin, the developers of Kurviger - you both make a great job and I enjoy to participate in this quite a bit !!!

You all here: Have a good and safe ongoing riding (and driving) all the time - maybe we meet once on the road!

Thanks @Uli_LH for the continuous help here!

Also from my side, thank you very much @Uli_LH

. It’s very generous of you to help us out

Born in the western Rhein-Main Area (Wiesbaden / Mainz - and still living there) and influenced first by my father, wohl liked cars and “cruising” with his family in the area, and then later, in the late sixties and early seventies, influenced by Peter Fonda’s “Easy Rider” like many of my generation and the hippie like “Freedom on wheels”, I started cruising by myself on my first bikes, a Honda 350 four and then of course on the famous 750 four (K1).

You may smile about the picture - but this mirrors quite well the feeling of life we had in those days (and believe me - the “chicks” were impressed!! … 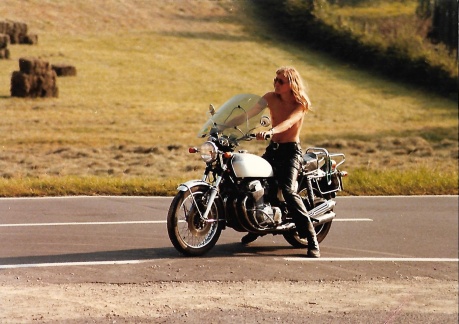 Later I added a Volkswagen T2 California, still following this style of life, and changed from the Honda to a Late Shovelhead Big Twin (in my eyes THE classic HD engine) Low Rider Harley-Davidson - now even more consequently following the Easy Rider story … 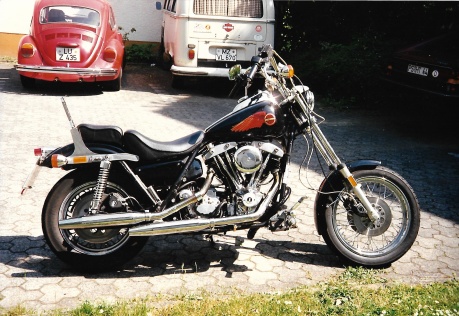 This way over all the many years I got to know EVERY STONE in Taunus and Hunsrück, along the Rhein river, but also went by bike to Italy and Denmark, always with the sleeping back fixed to the sissy bar.

But when I became a father of two daughters and riding became more and more dangerous because of the car drivers, who lost respect for bikers (in the early years when you stopped on the road perhaps to have a look to the map, after a few seconds the first car stopped to ask for possible support - THIS has really changed …) as well as physical distance for safety reasons, I decided - with a very heavy heart - to say Goodbye to my Harley and change to a car

I sold the Harley and had a look for a car, which could be as similar as possible (please, bikers - don’t lynch me because of this sacrilege - of course NO car can replace a bike …

) (but strange enough … see below!) I chose a 1998 Fiat Barchetta, a very small, very “open”, very “primitive”, very “direct” roadster (historically better: “spider”) car - “primitive” in the double sense of “not overloaded by technical equipment” and “not too comfortable, but very immediate feeling of the road”.

Even driving the original Barchetta already makes a lot of fun, it’s much better to drive a modified Barchetta, what means, you take the original substrate but modify all technical details: Bigger and tuned engine, modified brakes, modified chassis etc. (those of you, who are interested in this model and more technical details, may have a look to my Barchetta-Blog, but it is written only in German language until now). 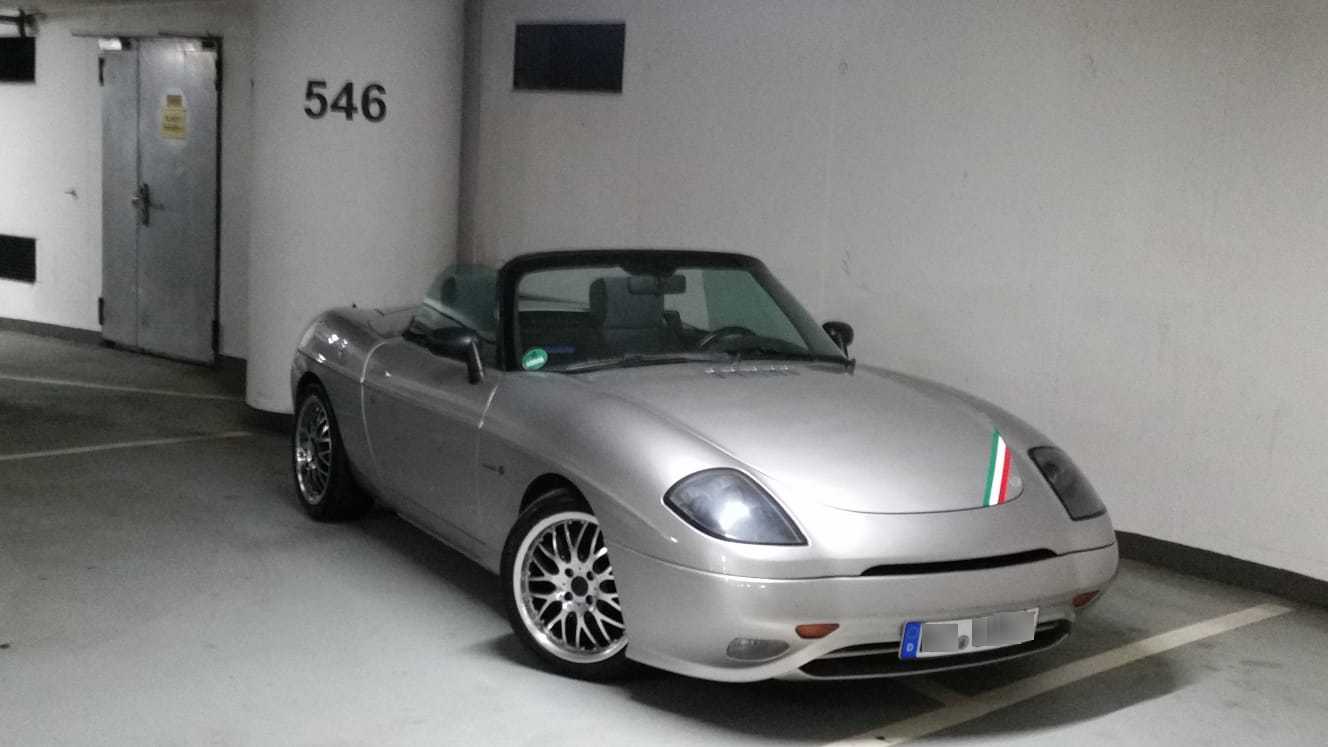 Cruising with the Barchetta, like I did before with the bikes (only the sleeping back changed to a camping chair fitting perfectly to the car’s trunk :p) over the years, I tried many technical solutions to find the most beautiful and small and curvy scenic routes, starting with a stand alone navigation device, but then changing to several smartphone apps, which I tested for use for the Barchetta (and other roadsters) community as well as for ourselves. At the end I landed at Kurviger - in my eyes the perfect solution for cruising the way I like since centuries (!

) now (in combination with some other very useful applications for smartphones, I have described elsewhere).

In the meantime (also now more than 20 years ago 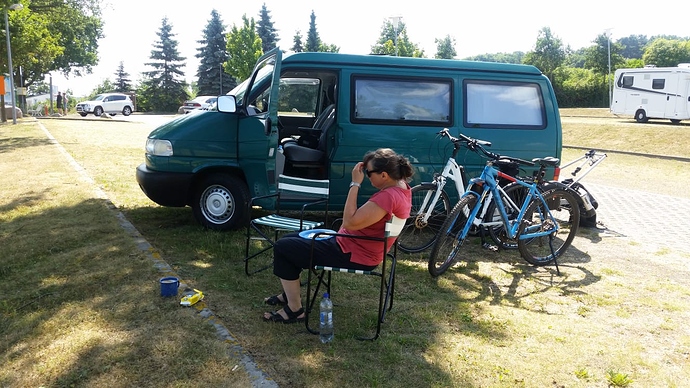 … and the Barchetta got a 1997 twin sister (Italian cars are femal, as you know for sure 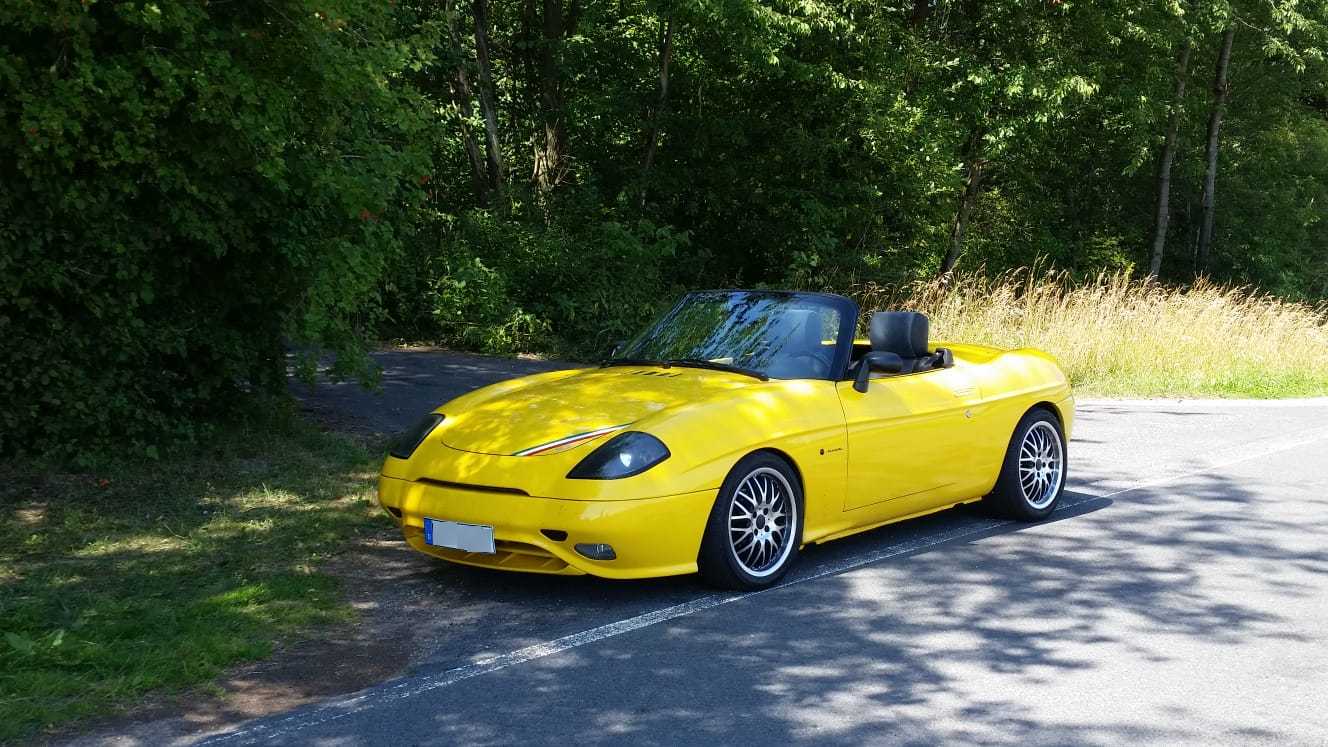 … but with every of these cars my smartphone with the Kurviger app is an indispensable companion, which we owe many many impressive road experiences - even in regions where before I thought to know every stone …!!

And that is why I am here.

… but with every of these cars my smartphone with the Kurviger app is an indispensable companion, which we owe many many impressive road experiences

I can absolutely understand your feelings about driving those cars on lonely, curvy roads surrounded by beautiful landscapes. I (successively) owned two Mazda MX-5, and I simply loved to drive them, although I even had cars like an (older) Porsche 911 and an Audi TT. The next MX-5 (RF) is already planned to buy (I’m waiting for the new 2.0l engine coming for model year 2019).

The MX-5 is (like your Barchetta) a “pure” car, in the perfect tradition of a classic English roadsters - and therefore fun to drive (and drift

). Not really like driving a bike, but it somehow comes close.

The combination of such a roadster and the Kurviger app is the ticket for enjoyment! 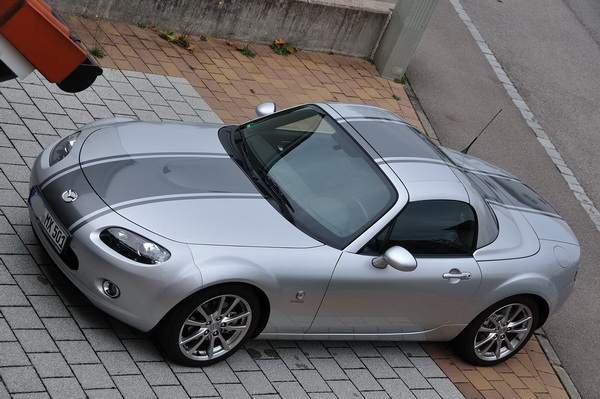 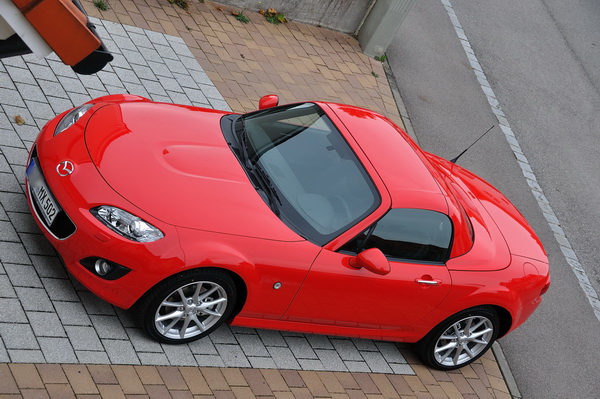 The MX-5 is (like your Barchetta) a “pure” car, in the perfect tradition of a classic English roadsters 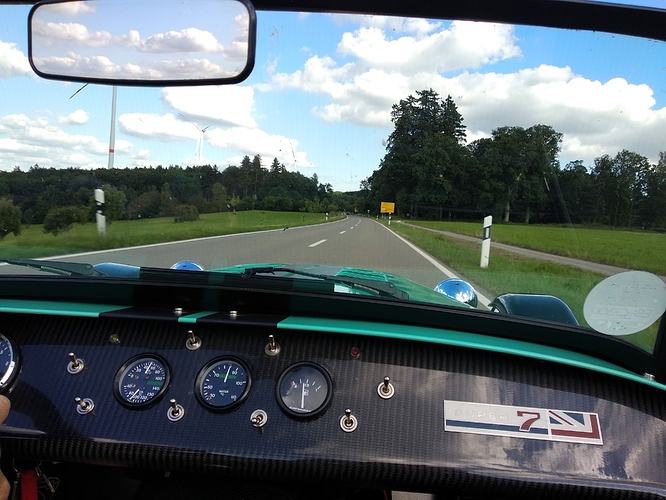 BTW: It’s not my car unfortunately

Ahhh - Lotus Super 7! What a beautiful car and for sure a very special experience to drive (unfortunately never had the chance to).