Mark curviness of streets (without having to zoom in)

Especially when riding in an unknown area I find it very helpful to immediatelly see where the curviest roads are. Another app does this by marking the very curvy sections in dark red, but I am sure there are other options to do this. I am close to the Nockalmstraße in Austria right now. On any paper map this road is highlighted but in the app it is hard to find. Hence it would be great if all roads were visible, not only after you have zoomed in a lot and that you can immediatelly see where it is worth to zoom in to.
Cheers Daniel

Do you mean the calculated route line in navigation or any roads on the map in route planning?

(moved in app category to discuss any possibilities)

I mean on the map while still planing. In the other app I can immediatelly see where I want to ride…everywhere where to roads are really red. with your app, I have to zoom in 100 times to find out where the good roads are.
Hence I use the paper map and add the stops to Google maps navigation when I am in the Alps.
Your app is really cool for spontaneous round trips at home but in the apps where there are so many roads, I find it too complicated to find the good roads because I can only see them when I zoom in and then I lose the overview.
Does this sound familiar?

What exactly map is selected in app?

Dynamic maps (like the offline ones) show the most important map data in smaller zooms (e.g. large cities, highways) and as zoom in show continuously the less important but more numerous data (e.g. small cities, roads).

I currently use the open science map. I unterstand that I should not compare the screen to an actual map.
Nevertheless I wanted to let you know which feature is so helpful in the other app and why I think you should add a similar feature.
I assume the app already know which roads are curviest. Otherwise it wouldn’t be able to find nice curvy roads by itself. Why not give the user a chance to easily plan their own really curvy trips, no matter where they are? I mean, this is the name of your app. Hence, if I want to find the “kurviger” roads, I should use your app and not a different one.
cheers

Routing is independent from the displayed maps.

Routing is performed on a server that has the whole world road network and can calculate curvy routes.

Maps can be from any source: offline / online dynamic maps or online static maps.
Static maps are pre-rendered images. Dynamic maps are rendered live on device.
Both types show important data in smaller zooms and the numerous detailed data in larger zooms.

So the actual question is to show the many less primary road types in smaller zooms?

Note that cannot fill screen with every single road type or else the result would be a web of lines difficult to use and bad for performance.

Well, if the small roads are not curvy I don’t care about them.
You know the app I am referring to, don’t you? Just open the map and you see where a motorcyclist wants to ride to. My suggestion is not primarily about the zoom …it is about letting the server or whomever mark the interesting roads out there. If this is not possible with the maps you use, just let me know. I will still use your app to create round trips at home.

You know the app I am referring to, don’t you?

I don’t, could you just tell us please? Why do you keep avoiding this?

I wasn’t sure whether it is allowed to post it. It is calimoto. Very popular app in Germany.

really popular? So I suggest you to stay with calimoto, which has a subscription plan of 39,99 €/year
or spend 39,98 €/year to kurviger and get the full time 24/7 support and all features and updates you want!

That probably could be implemented if produce somehow and then include that extra information in our offline maps and after render it on visible road network.

sure, but then it would be clearly visibly what your (brilliant) algorithm realized as curvy and what not. I’m not sure if you want to show that. maybe it could render an overlay showing the density of curvy roads in the surroundings. E.g. if you zoom to Niedersachsen the Harz would be indicated as 'some curvy may exist here.
I dont get the point though. in the mountains its curvy in the flats it’s not

maybe it could render an overlay showing the density of curvy roads in the surroundings.

Cannot be overlays, i.e. online requests. Roads are many and would be bad for performance.

Can only be if included in the offline maps. So that can render them offline like all other layers,
in the zoom level where they are visible.

I dont get the point though. in the mountains its curvy in the flats it’s not

really popular? So I suggest you to stay with calimoto, which has a subscription plan of 39,99 €/year

Isn’t the idea of this forum to ask for improvements? Having used both apps I think kurviger is missing the feature of showing great curves in the surroundings…and through calimoto I realized that there are great curves in my area. In the alps, of course, this feature is not that important.

Now let’s not try to diss on one app or the other ok? If Daniel can justify the possible improvements and puts some ideas forward that the devs are interested in then everything’s fine here. As I said before, calimoto does their thing and we do ours, let’s be welcoming where we can

Sure. This screenshot is so zoomed-out you can only see highways and motorways PLUS the marked very curvy roads marked in red. The screenshot shows an area of 70x70km and within one second I can see where it is worth riding to. 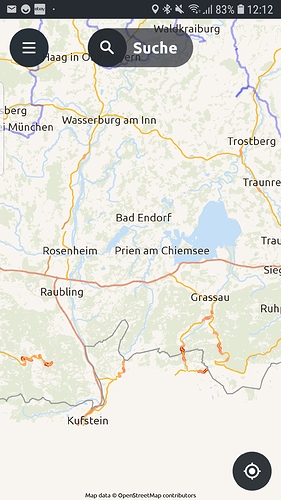 Looking the area in Google Maps, these are motorways (no extra roads) with red color in some regions: 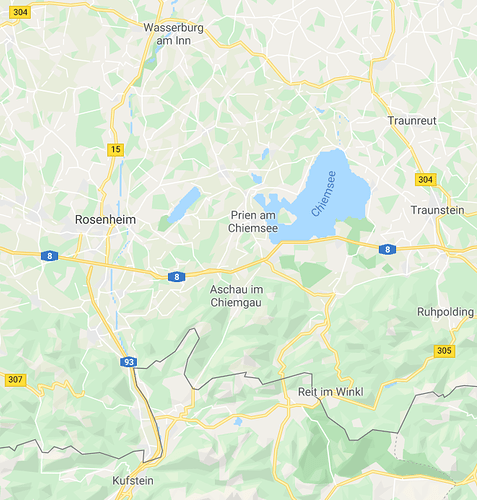 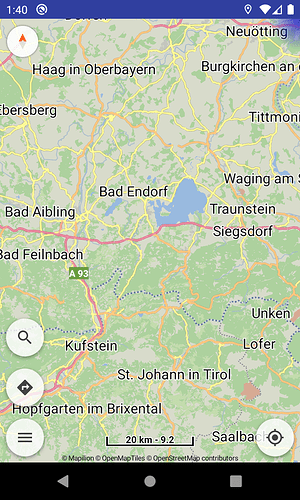