Is it possible to make Kurviger compatible and available for Android Auto? Google Maps is ok, but in priniple a boring navigator… I would very much like to use this also on the car’s display and find this an exiting new feature.

Thanks for the idea!

There are such thoughts, also for Android Wear smartwatches, if there is time while implementing new features in the app.

Cool idea. But as somebody who is currently working on an app with Android Auto support, let me tell you:
that’s a metric f*** ton of work

It would also fix issue that when using Google assistant is used, screen turns to assistant letting Kurviger background.

It would also fix issue that when using Google assistant is used, screen turns to assistant letting Kurviger background.

That’s how Android (or assistant) works, already discussed in the relevant topic:

Hi thank you for this wonderful app. When I use pro app on Android, if I use Google assistant while navigate, screen turns to assistant and never comes back to navigation (navigation is still on, just screen is turned background) So I have to stop, wear off gloves … not convenient. Is there a tip or option ?

Android auto does not work this way.

If you use assistant through android auto app , current screen is maintained while assistant is used.

Android auto does not work this way.

If you use assistant through android auto app , current screen is maintained while assistant is used.

Precisely, that’s why I mentioned that Android Auto works differently than regular Android and assistant should anyway not steal other apps focus in any mode.

It’s a nice to have feature, which I could examine in future when time allows and more core features are implemented.

Is there any news on this?
Android Auto compatibility would also allow the app to work with this: 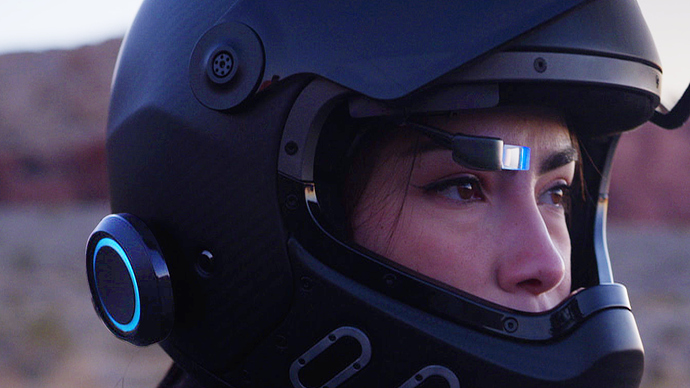 Augment your helmet with GPS, Music, and Calls. Ride Safe with our HEAD-UP DISPLAY add on.

Shame. Since I plan to use EyeRide HUD, for me and colleague few posts above it’s not “nice to have”, but “essential”.

Android Auto is now coming to motorbikes, i have the Africa Twin which will have it soon (just announced). We really really need Kurviger on android auto, the sooner the better - what are the chances?

According to the current information, the smartphone must be connected via USB cable (see also FAQ) - do you really want that? Btw: I’m driving a Africa Twin (but the CRF 1000 L) as well.

Yes, it is ok.
My phone is in my tank bag with a short cable to the USB which is near the right handle, i do that now.
I think you can also get USB wireless adapters that may do this wirelessly although i am not sure. https://www.lifewire.com/android-auto-wireless-4176354

That requires a major rewrite of any mobile app, so it is a lot of work.

For the future, see my already existing answer:

We really need to get Kurviger onto Android Auto, others are now leading the way and sad to say I am now using a competitor.
I use it to import gpx files to follow a route that has been pre planned.

When will we get it!!

Many users give 1 star reviews to Kurviger due to subscriptions.
But they request features such as Cloud / Traffic / Auto / Wear.

Not in the foreseeable future, sorry.

Integrated solutions (in all vehicle types) are restricted platforms. (for example here and here) They can never have the flexibility of Android phones or tablets, where you can install many more applications of any kind.

Edited my review in the store to boost the algorithm a bit. Hope our favorite developer knows we still

him, keep going @devemux86, just one feature after the other, in the priority you see fit, you can do it

Contrary to one of my earlier posts, I am now no longer in favour of scarce developer resources being used to adapt to Android Auto.
Why?
I have been able to try Android Auto with some “competitor products” (Waze, TomTom, Sygic) and was overall very disappointed. Starting with the waste of space due to the huge box on the left with the instructions, which you can’t configure away, to the generally limited configurability and the additional prices.
Most people won’t need it on a motorbike (yet), because the number of two-wheel SUV that integrate AA is still small.
I would have liked to have it in a convertible, because I wouldn’t have a second device on the dashboard. But the above-mentioned disadvantages outweigh the benefits for me.

One more comment on the 1-star ratings in the Android shop.
Basically, people, “spoiled” by supposedly free software like Google or open source, expect software to cost nothing or almost nothing. Many do not realise that they then pay for the use of their personal data. Small or very small developers are naturally unable to do this.

One more comment on the 1-star ratings in the Android shop.
Basically, people, “spoiled” by supposedly free software like Google or open source, expect software to cost nothing or almost nothing. Many do not realise that they then pay for the use of their personal data. Small or very small developers are naturally unable to do this.

what’s stopping you from changing the rating again based on this knowledge?

Many users give 1 star reviews to Kurviger 2 due to subscriptions.
(probably because they are used to have everything in life for free)

For me this kind of attitude leads to zero motivation…

I can understand that and it is just stupid and brazen of users to deliver such a rating.

You have to think about it: on every trip you spend much more on fuel, food and drink than the really cheap subscription of 10€ per year or 20€ if you take the web and app development together.

The flexibility of Calimoto cannot come close to that of Kurviger, even though there are more developers at work.

But why is the review of beta users not published, but only visible to the developer? I would guess that most of the users active here in the forum give it 5 stars.