I have a GPX file with a track made with another application. 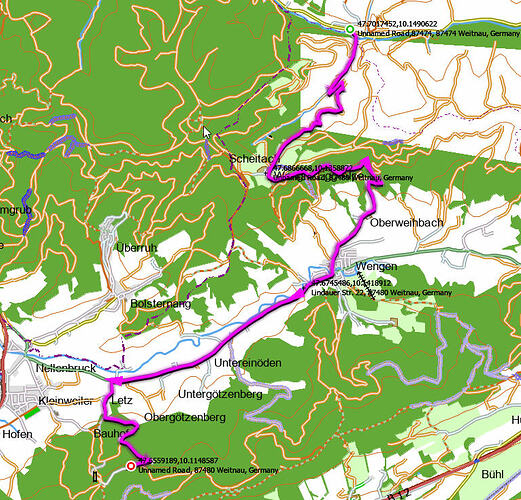 I import the gpx from Kurviger web and correctly draw the original track and calculate the route. 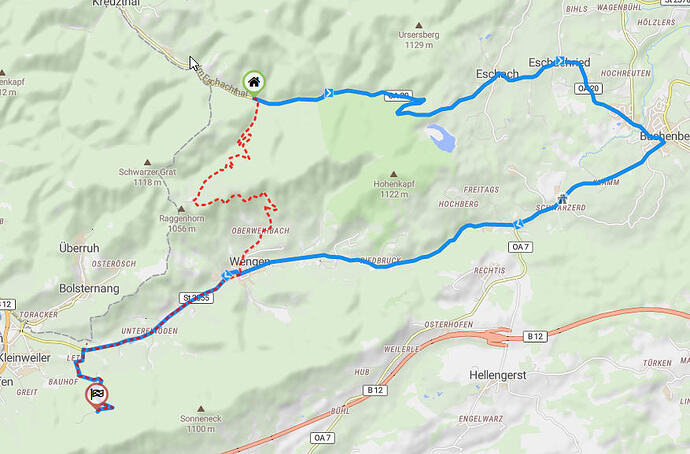 I want to export the track and what it does is export a track according to the calculated route, ignoring the original track. 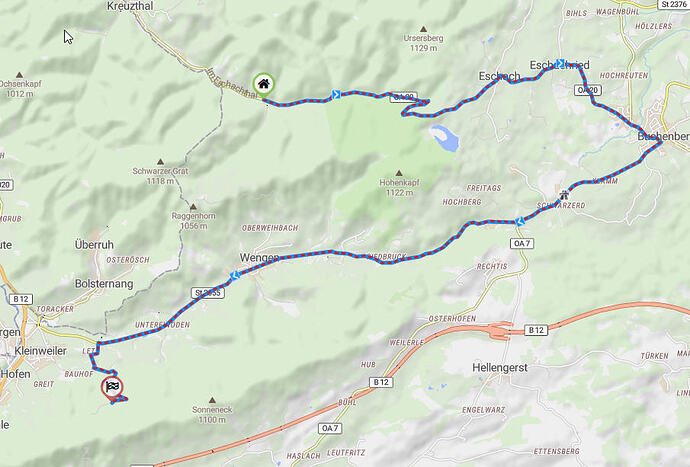 With kurviger.de you create a route and you can save it. The selected track in the export is the exact image of the route - nothing more. The overlay tracks are only used for planning and will never be exported.
But:
If you import your overlay track (arxiu1.gpx) into the kurviger app before the ride as well, you can follow it in “route missed” mode until the re-connect to the route later.

Of course, a direct connection as a new route profile would be desirable. Shown here on another example:

The trips I’ve made so far I’ve prepared with tracks in order to follow the thread without navigating, which is why I’m very interested in the tracks.
I prepare the tracks with GMaps, I export them to gpx with gpsvisualizer and I follow the track with TwoNav.
Now with Kurviger I’m rethinking the system using Kurviger instead of TwoNav, but just in case I’m interested in having gpx.

The last few years I have been traveling around the Balkans, Russia and in 2019 I did the Pamir Highway.
I am now preparing to go to the Caucasus and Iran