I’m learning every day on Kurviger. Today: some topography. I didn’t learn in elementary school we had something like the Marianen trog in the North Sea. 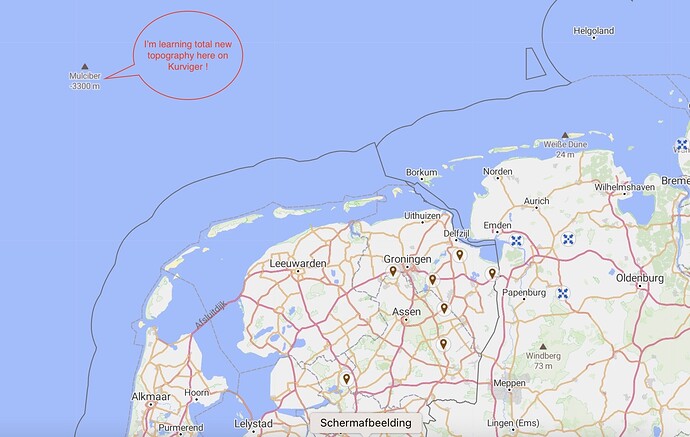 Just linking the according Wikipedia article, it’s an extinct volcano Mulciber is an extinct volcano on the Dutch part of the North Sea, about 100 km Northwest of Terschelling. Mulciber was active in the late Jurassic and early Cretaceous, about 150 million years ago, the same period in which the Zuidwal volcano in the current Wadden Sea was active. In this time period, the area around the North sea was seismically active because of the separation of the then-supercontinent Laurasia. When rifts occurred on other locations, in the Gulf of Biscay and the Atlantic O...

But -3300m ?? I think that’s ‘Doggersbank’ now. You can almost stand right there when the tide is out

But -3300m ?? I think that’s ‘Doggersbank’ now. You can almost stand right there when the tide is out

No idea, but Wikipedia lists the same number