I’ve created a route in Furkot and am trying to export it with the correct settings to import into Kurviger without Kurviger deviating too much. Furkot apparently exports the routes per day, but I can’t see this in Kurviger when I import it. I tested with GPSVisualiser and that shows the days fine.

Any suggestions on how I can get the route perhaps broken down into days and perhaps more accurately follow the Furkot route? 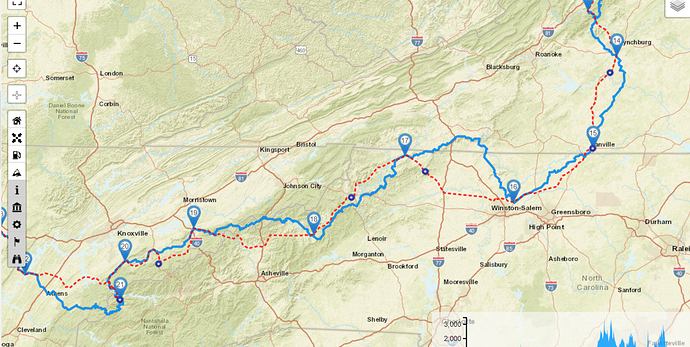 If the route is only one day, import it straight into kurviger with about 2-5 Waypoints per 100 kms (as a rule of thumb, I usually import a daily route of 300 - 400 kms with 50 shaping points into kurviger). And use the direct and fastest option to calculate route (you can try different routing options already within kurviger.) I always check what has been imported and the kurviger’s calculated navigation route (even with the fastest option, sometimes kurviger gets me into villages instead of around then, but only sometimes… It normally works very well.)

If your furkot’s route has several days, I export from furkot using gpx or kml file and then import it into locus maps. From there, I export it per a day basis, whenever I need it, or one by one, just to check its import into kurviger and store them as .kurviger files.

It would be nice if kurviger pros would talk to furkot in order to use their REST API to get into furkot without using files… Just an idea for the TODO list, if possible

I hope it helps.
Regards

Thanks for those suggestions. The route is a few days (2 weeks actually) so I’ll throw it into Locus to do the splitting per day and also use the suggested number of points. Shall give it a go this weekend.
Thanks again.

PS - Seamless Furkot to Kurviger would be lovely.

Did you use their Android App, they claim that they can launch navigation apps using default geo intents. IIRC Kurviger supports these intents. This would be worth trying I think

Furkot offers API access. So it would be theoretically possible to implement a synchronization. We don’t have this on our road map so far.

It’s a pity that Furkot doesn’t offer to export only a single day as GPX file.

I had good a experience when exporting route and track from Furkot, but select the route when importing, so you can compare the track with the route by Kurviger and fix minor differences with an additional waypoint.

so I shall see how I can get the gpx from Furkot directly into the Kurviger app and see if the route is better.

Furkot claim it exports per day if you tick the box, and in the gpx file you can see NAME labels per day, but they don’t come into Kurviger is seems.

But seems they also store information in their own custom GPX extensions?

Furkot claim it exports per day if you tick the box, and in the gpx file you can see NAME labels per day, but they don’t come into Kurviger is seems.

Yes, that works, but they don’t allow to export it in individual files. Kurviger merges several tracks into one Route.

Any tips for what options to choose to get the best route ? I didn’t see much Help about the options? Apologies if they’re self explanatory?

Any tips on how I could split it into days, is the Locus route the only one? 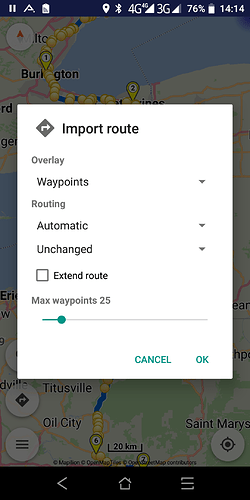 In locus, you will have one per day. So you can export them individually and then feed kurviger with one. 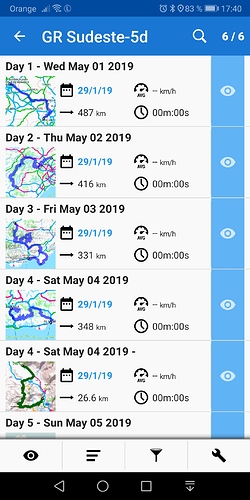 The import options can be the default ones except for the number of Waypoints (you might take into account my previous advice.) After importing, check that you have the option “fastest route” or the one you prefer to go between those Waypoints (see picture; menu / route / options). Finally, check that your route follows the furkot track and set some more Waypoints to fix it accordingly. 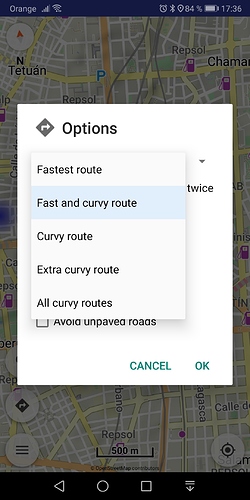 Thank you Juan, I shall try that tonight or this weekend!

Just to edit this and finish it off, your idea worked a charm. Thanks a lot.