With tapping on magnifier, a search field appears. I propose to extend this function in following way:
Start writing keyword Restaurant, a list of Restaurants sorted from nearest upwards in relation of position in map will shown. Limit to 15 entries. If you continue with writing, standart search goes ahead. Same functionality can be used for Tankstelle or Bookmarks.
Alternatively add menu items food and fuel at tap on screen menu, Mehr … which shows then the suggested list.

Oh man that would be a killer feature. Probably very very hard to implement, but Google already has it 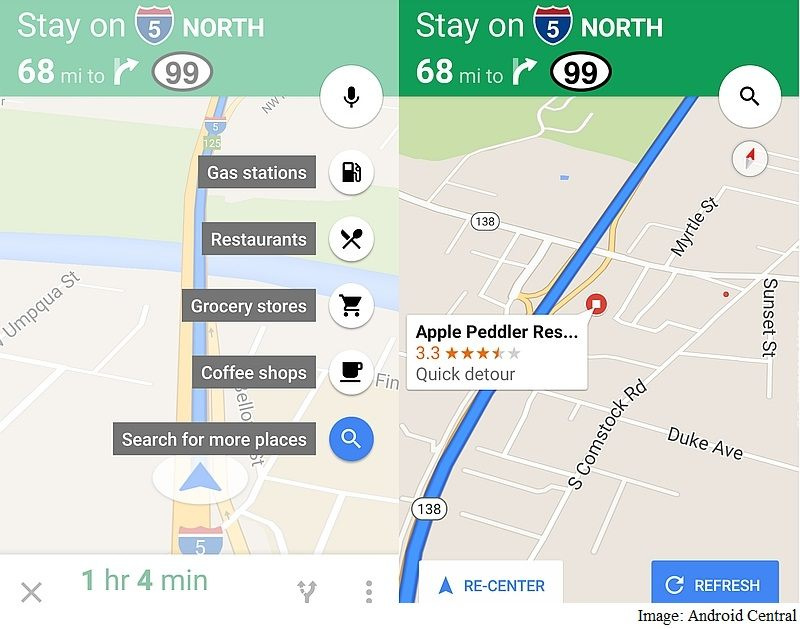 So… how hard can it be, right

I think Google / Maps already has a (nearly) perfect solution to search locations and special places (like restaurants, gas stations, shops, …). And we’re using smartphones, not a standalone navigation device (where searching POIs / locations has somehow a different significance).

So why not simply use Google?

In my opinion it would be better if the Kurviger app keeps its focus on routing/navigation, not on functions which are already very well covered by other solutions.

But of course it should be easy to integrate locations which were found by those other apps (like Google). Unfortunately if tapping the “share location” button in Google Maps, the Kurviger app doesn’t appear in the list of appropriate apps to share with. Don’t know why (maybe this could be changed some day).

But there’s a good workaround (at least if you’re using Android): install the app “Map Bookmark” (from Donut Pond) from the Play Store. Googles share function can use this app to share locations.

After “Map Bookmarks” opened a shared location, it automatically shows some location data and offers a list of applications to which it can send the locations coordinates. In this list the Kurviger app is now present and you’re able to open the found location in Kurviger. There you can then set this location as destination, integrate it in an existing route or save it as a personal boomark by using the context function for this location. 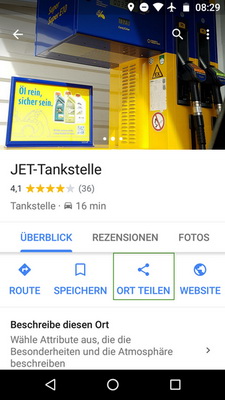 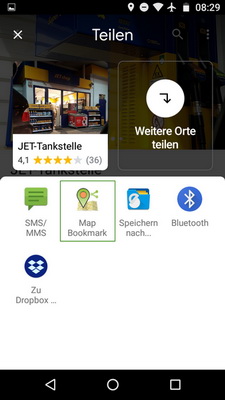 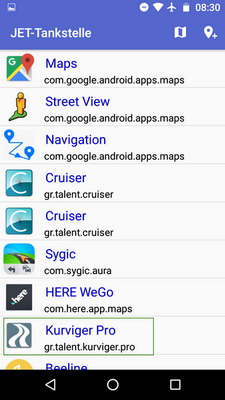 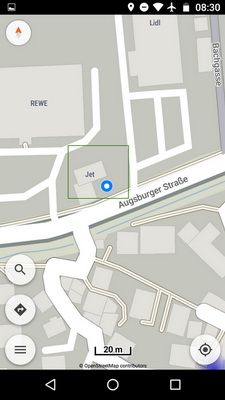 Don’t know why (maybe this could be changed some day).

This worked some time ago and stopped working some time later. It should be possible though, if it works with other 3rd party apps.

Consequence when dealing with ever changing APIs…

Thanks for discussing my proposal!
Actually I use a 3party app to cover this topic (sygic).
I fully agree not to overload the app, but energy for bike and driver is mandatory. Also Calimoto have found a simple way and they also use openstreet map.

I fully agree not to overload the app, but energy for bike and driver is mandatory.

I absolutely agree with that. It would be a helpful feature if i could always see the next fuel station located on or directly nearby my current route. I had this in the app which I used before Kurviger, and it was very, very useful.

BTW: you can easily find fuel stations nearby in Kurviger and include them in your route: https://docs.kurviger.de/app/faq/finding_pois