What is the advantage of this card and what are its features?

It’s a nice map style and it includes the “green roads” which are scenic routes. You can have a look at it here: Maps, city maps, road maps - ViaMichelin

From my point of view it is - especially in France - the best map!
If you switch to “Michelin map” you get a map very similar to paper map, example for Grand Canyon du Verdon: 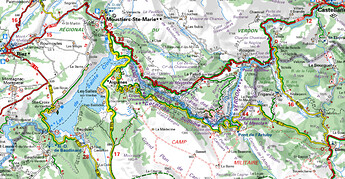 The only software I know that has a Michelin map layer, is MyRoute. 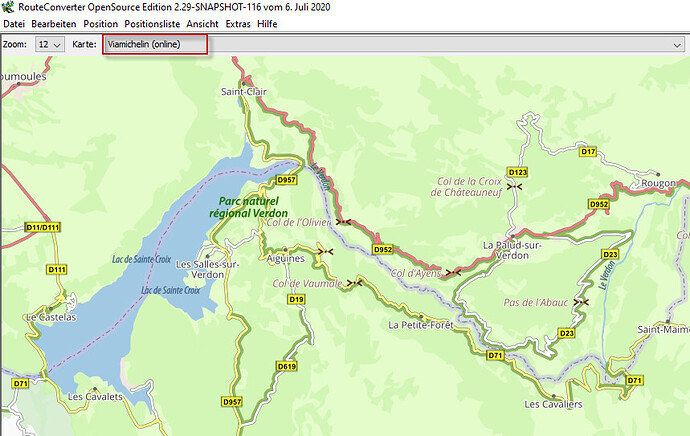 Also a Michelin online-map can be added to OsmAnd. But I guess it has little to do with Kurviger.

RouteConverter and MyRoute (I don’t know about ITN-Convter) use tiles hosted at https://map.viamichelin.com/map/mapdirect, this is the same endpoint used by Maps, city maps, road maps - ViaMichelin. I assume they received permission to use this endpoint from Michelin. If we would receive permission to do so, this can be added easily.

I tried for several hours with the Michelin support and gave up. To use this endpoint I would need permission.

I don’t know as much as possible (and legal!), But maybe see how they did it on the map repository for OsmAnd: AnyGIS | Online maps pack .
This is a very rich collection of online maps - including the one discussed here, Michelin.

EDIT: To be clear, this source is officially referred to by the creators of OsmAnd in this post: OsmAnd - Offline Mobile Maps and Navigation

The how is easy. It is about legal and also about courtesy.

First of all, when you use a service that you don’t have permission, you might have a legal issue. It’s probably not worth the trouble to create any legal action for something like that.

One comparison might be if you use the bathroom of a restaurant where you don’t eat / drink. Then it’s courtesy to ask before using it and maybe give a tip.

To be clear, this source is officially referred to by the creators of OsmAnd in this post: OsmAnd - Offline Mobile Maps and Navigation

I assume they received permission to use this endpoint, so they can use it without a problem.

It is about legal and also about courtesy.

Thanks for the illustrative explanation. It is very universal and applies to every area of ​​our life. The rest of it is completely in line with the values ​​that I apply it myself in my life

i’ve been using Kurviger (pro) for 2 years now and i think it rocks. I use it mostly to create a route, typically the night before. I then push the route to the satnav (via gpx, and otg cable)

Allthough i like Mapilion maps, i do like the Michelin maps better. Especially their ‘green highlight’ for intersting roads.

Tyre/Myroute does have Michelin available as a map

Is it possible that Kurviger gets support for Michelin too? This is particulary useful for the mobile app since i don’t usually take my laptop with me on trips.

Find all of the rates for internal and external use of our API solutions, as well as for automotive.

I don’t know about pricing, but even it’s not free, neither is Kurviger Pro

As for raster images vs vector: i don’t know what they use. But i also don’t care, because the only thing i’m interested in is how Michelin displays maps and marks interesting/scenic routes.

Hi, indeed it would be really great to have Michelin maps in. I also use myroute app, they offer Michelin maps and this really adds value with ‘green’ routes.

@boldtrn , @devemux86 : Perhaps this thread and the thread Carte Michelin should be merged…
Nevertheless: I would appreciate Michelin maps in Kurviger, because I like the map view very much - but as Robin already mentioned in the other thread, it seems not to be so easy …

Whether it is allowed to be used or not, @boldtrn answered above.

If it is not a vector map, but only bitmap tiles, then it seems more useful on desktop.

On high resolution mobile screens it will be blurry with poor readability.
(like all bitmap maps) 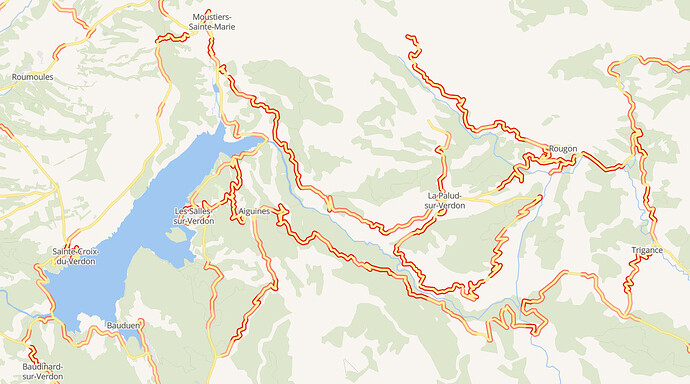 I really like to layout of Michelin Maps to plan my motorcycle routes, so therefore the question if it would make sense or would be possible to implement the Michelin MAP in the Web planer?