App: Turn screen off in navigation

Please have a look here:

I use Kurviger for long trips and the phone uses a lot of power. Is it possible for the phone to turn on automatically say 1-2 minutes before and after each turn or waypoint and turn off automatically on the long parts of the route.

I imagine that this would save a lot of battery power and would allow me to run the phone without having to plug it in to the bike’s power. Would be very useful in the rain.

@Walter_A_Google_User probably you mean lot of power with open screen?

If you take a quick charge charging plug (eg revolt) and use a fast charging cable with a larger diameter (eg UGREEN with 20AWG) to connect the smartphone, there are no problems.
I even charge my Sony Z5 (and also the XZ1) with full-fluted display during navigation - today for example from 50% to 100%.

I would enjoy such a feature for a different reason: Burning in on OLED displays.

I have a Samsung Galaxy S7 and after about 5000km of navigating with the display on (mostly maximum brightness), I can see the display burning in. So switching off the display while you are on the correct track and there is no upcoming turn would prolog the lifetime of the OLED display of today’s expensive phones.

I would suggest the following:

P.S.: About your charging problem: For my S7, 1A is enough. It keeps charging slowly throughout the ride even while the display is at maximum brightness.

P.P.S.: I am now using the “inverted” map color scheme. Maybe that causes a bit less strain to the display because it is darker. It might also help you guys save some engery (only with OLED)…

Turn off / on / unlock screen seems to require some device administrator permissions.
Google Play policies became very strict with these and even remove apps from Store.

You wouldn’t actually have to turn off or lock the screen. Just show a black picture across the full screen and it saves OLED displays from burning in as well.

I wanted to post a more detailed version of my suggestion (focussed on saving OLED displays rather than battery) under “New features” but I don’t have permission. Should I just create a new post in the app-discussion?

Should I just create a new post in the app-discussion?

All app ideas should be discussed first in its main category.

Anyway I prefer to implement all features in the proper way.

Not everyone has OLED display, so better to turn off screen.

The buttons from Kurviger have burned into my screen too (Galaxy S8+ and S9+), nevertheless turning off the screen is no option to me unless I do it manually. The feature of hiding all buttons is working. Maybe there can be some other screensaving features.

@devemux86
Screen on_off by admin rights are functional but indeed adds operation troubles.
General rule: “The app that turns the display OFF must turn the display ON”.

Screen locked with PIN when navigation

One Locus user however suggested another (newer) set up. Do not know but maybe helps ?

Screen locked with PIN when navigation

In the car, I use a navigation app that dims the screen to a minimum level - perhaps it does so instead of turning the screen off to maintain compatibility, or for the sake of easier to obtain permissions(?) On an OLED screen it makes sense.

My opinion: the less permission an app needs to work the better.
Also dimmining is no option to my point of view at all. Especially when the sun is shining you don’t see anything any more on the screen when it is dimmed.
The brighter the screen, the better.

I think that is a very good idea @Ciutnik . You could add it as an option, so @Tom doesn’t have to activate it, for example.

Especially when the sun is shining you don’t see anything any more on the screen when it is dimmed.

Of course. But we’re talking about the OLED/power saver option and then that’s a good option. Obviously, the screen is dimmed ONLY when “nothing is happening”. Brightness returns to normal before maneuvers or during warnings.

As experienced by the Locus map display control by admin rights such adds unexpectedly annoying operational complications.
The navigation app is than mastering the phone display on off control, by that when switching to an other application (web browse) needs a phone unlock by PIN.
I’m pretty sure a lot of users will start to curse this then new somewhat annoying overbearing Kurviger control.
However it is sure a nice to have feature when operating without using an external power source.
But a display on off control @ instructions than for sure also needs the next necessary feature.
To continuously observe whilst driving a complicated area (de)activate the display on_off by a gesture wave over the proximity sensor.
Best by a white light reflective part on the gloves, or by external bleutooth controller that I thought is supported by the app.

I know this is not an easy topic, as device admin permissions indeed create too many additional problems. So definitely to be avoided.
The following idea txt may also not lead to a desired result. But find a proposal anyway. If refused because too complex, no problem, of course 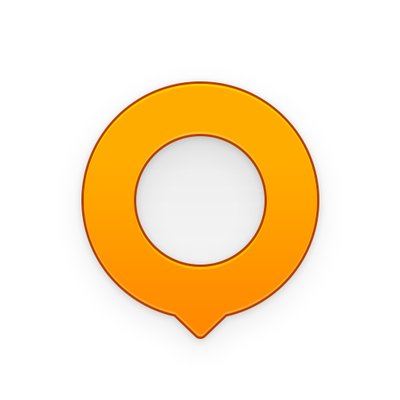 @osmandapp
Unfortunately our OsmAnd+ was deleted from Google Play because of the old functionality that requested device admin to turn on the screen during navigation. As of today it is not within the guidelines, we are working to disable that function and hopefully get restored
devemux86 September 6, 2021, 8:39am #26

So I will see what is possible in: