Hi Patrick,
yes, i do know the difference between navigation and routing. planning at home is fine for a day or a weekend, but not if you’re away for longer and don’t know where the journey will take you.

If you have another mobile device with Internet connection, you can share internet by tethering via bluetooth
english HOWTO
german HOWTO

True, sorry didn’t mean to patronize, just wanted to make sure because lots of people have not heard of the offline navigation yet

Well, let’s just hope for the best for this feature request.

Everybody has different strategies how to discover new routes.
For me, the missing offline navigation capabilties of Kurviger is an advantage, because this forces me to actually go for the planned roads and not follow (sometimes) more convenient roads in front of my wheels. The new in-built arrow, that shows you the direction, where your originally planned road goes, is absolutely adequate to find back to the track and is enough emergency if I have to face unexpected deviations or road closures.
This way, I have found the best areas I had never estimated that they even exist. I am never online on my trips, by the way.
But all my arguments are part of my personal way to discover new landscapes and do no mean, that I can’t understand, what the other arguments here are good for.
Yours Michael 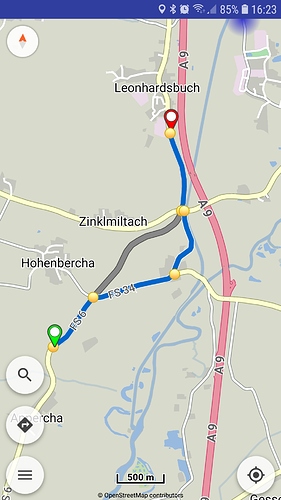 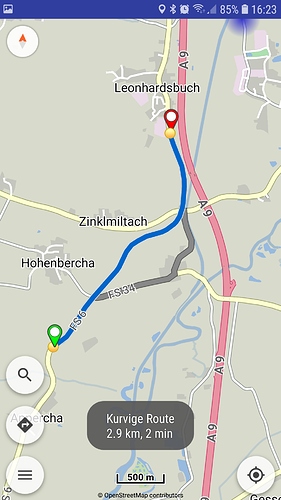 Hi. Thanks for the quick response. Please don’t get me wrong: I am highly impressed what a great user experience two individuals are able to deliver. I guess that’s only possible with a high passion for motorcycling.
I only wanted to understand what the real challenge is with the offline routing: technical limitations or something else. It looks like it’s resources/budget so I will patiently wait for the functionality or let’s try to crowd fund an additional developer for this

You can also create offline routing graphs with desktop Cruiser:

Just tested it on 2x devices with the flight mode, on my Honor View 20 it works. On my Ulefone S8, when I want to open the offline route data, the message "Invalid route data. On both phones I use the same files, what could be the problem? Actually I wanted to use the Ulefone as a navigation device.