What does not work well is, for example, the automatic change of the route calculation between online and offline (BRouter) when the internet bandwidth is low. I had already noted this as a point of criticism in Kurviger 1 and it still does not work in Kurviger 2 and proposed a timer (20 sec for example) when a route couldn’t be calculated, then switch to brouter and calculate again. For a further calculation automatically use the standard setting again. If this is Kurviger + Brouter, then try online first, if again a route isn’t calculated in 20 seconds, switch again to Brouter offline calculation.

Until this is working or if it is too difficult to realize, it would be advantageous if the data connection could be switched off and on via the Kurviger push button in order to force the calculation via BRouter, because it is not possible to do this via the usual methods while driving, especially not when the smartphone is in a cradle.

You can select “BRouter (offline)” in “Settings | Routing | Routing service” before driving.

yes, but this doesn’t calculate the nice curvy routes like the online calculation.

If the web service were able to display the route as Brouter would calculate it as a dashed line additionally, then one could, for example, set so many intermediate points that the route would also work with offline calculation. But at the moment the Brouter offline calculation is completely different and it doesn’t come out the route you actually want to drive.

By default I want to use online calculation, only if the bandwith is too low and it takes felt “ages” to get a route calculated if beeing outside of the planned route, then a direct push button to temporarily switch to “brouter mode” would help a lot. What I don’t want is to stop in order to get something calculated.

You can customize the BRouter profiles in many different ways.

See also the offline routing guide for the latest Android.

Let’s see the truth: Kurviger cannot or does not want to have offline routing.
Please do not ask the app to solve Kurviger routing’s offline non existence.

You should be grateful that BRouter can still work on new Android.
So if you want offline routing, just select BRouter in routing settings.

Robin, Is there a chance we get the same routing behavior in one of the offline routing engines (brouter or graphhopper)? Thanks, Tom

We cannot load the UI with more buttons, the other idea is more interesting.

after the first Kurviger failure, BRouter should explicitly handle the next rerouting.

I had made this suggestion already in the past, but it may have been lost or was not made on the right position. If that were possible, that would be great.
Is an additional max timeout for new route calculation possiple? If this is exceeded then handle it as failure? Because when this happens in areas with limited bandwith, then calculation doesn’t stop with a failure, it just calculates and calculate and calculate…

We cannot load the UI with more buttons

Couldn’t be the “flight mode” the easy way out? Just a stroke down and a click on the airplane: 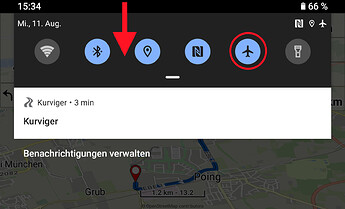 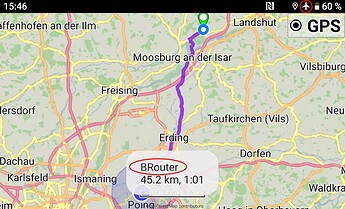 Couldn’t be the “flight mode” the easy way out?

No this is not practicable as written: because it is not possible to do this via the usual methods while driving, especially not with a specific smartphone case. It is simply not working with motorcycle gloves and the case.

simply not working with motorcycle gloves and the case

wrong gloves / wrong case? But the extra button would work?
I give up - over and out!

There can not be extra buttons (especially for Android functions).
There are already too many buttons.

Only the rerouting algorithm could change… 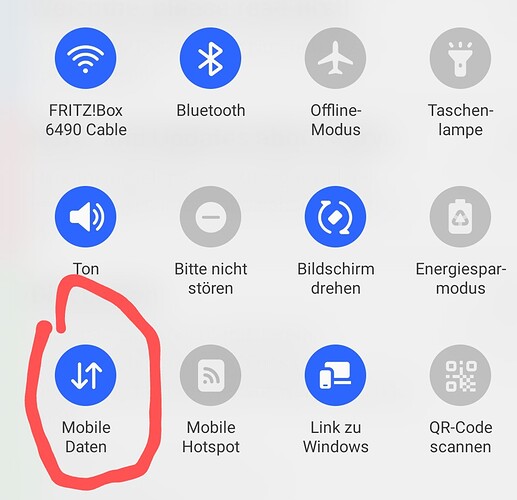 3 posts were split to a new topic: BRouter instructions