After importing GPX with waypoints (XML tag <wpt>) as overlay they are shown on map and can be also tapped to show information (same way as bookmarks): 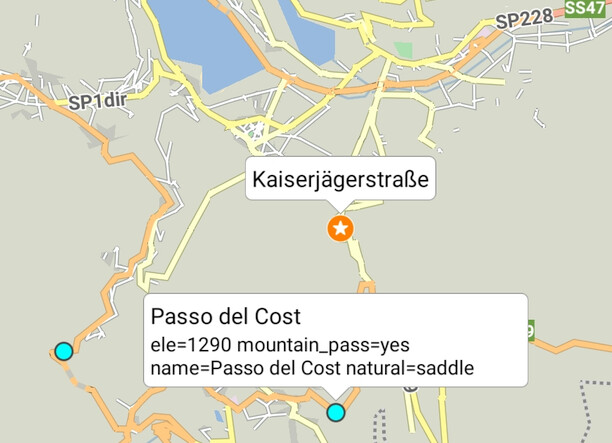 Bookmarks can be added to route as waypoint via long tap on it (context menu), the name of the bookmark is copied to waypoint name automatically: 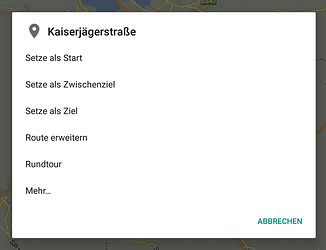 But overlay waypoints can not be added so easy - trying a long tap on them seems just to hit the coordinates: 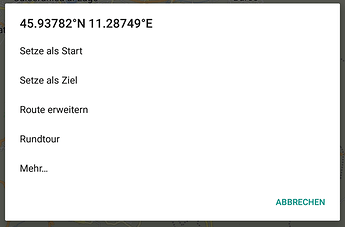 My suggestion: Add the same context menu (long tap on them) to overlay waypoints as to bookmarks.

Reason: If you have a list of POIs as GPX, which you do not want to add to your bookmarks, it would be much more comfortable to add them to routes (including copying the name). Example in my case: A list of mountain passes exported from OSM via overpass-turbo - even for a small region of italy there are > 300 mountain passes, which I do not want to add to my favorites.
Another example would be using a passknacker export as described in documentation - there are so many passes that it is not useful to import them in favorites.

Thanks a lot. It works well and makes creating routes with POIs stored in a GPX much more comfortable!

Overlay waypoints imported from an GPX can be added to the route quite easyly in app and on website - also in app they are “tapable”, thanks to @devemux86 : There are several mountain pass databases available already, but I was interested in the mountain passes from OSM database (they are shown in app and on website, but in app they are not “tapable”). It is quite easy to export mountain passes e.g. from overpass turbo, but there you get also a lot of them you might not be interested in (e.g…

Change: If a mountain pass / saddle has an elevation tag, the elevation is also written to the <ele> tag of waypoint in GPX. Example:
mountain_passes (11).gpx (20,7 KB)
The <ele> tag is also used by the Kurviger app when importing GPX as overlay

, but for passes with an elevation >= 1000m the elevation is shown with unit ‘km’ without any decimals. Passes with lower elevation are shown in m (german screenshots: “Höhe” = Height / Elevation): 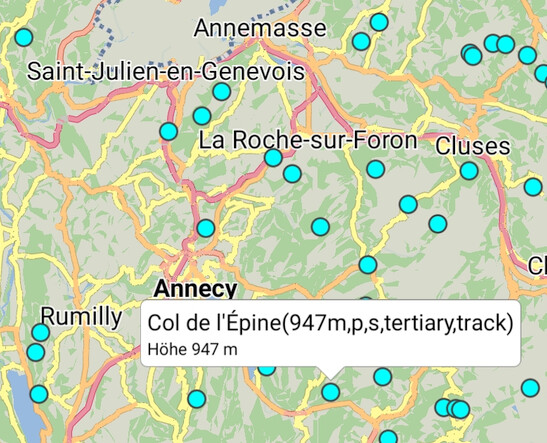 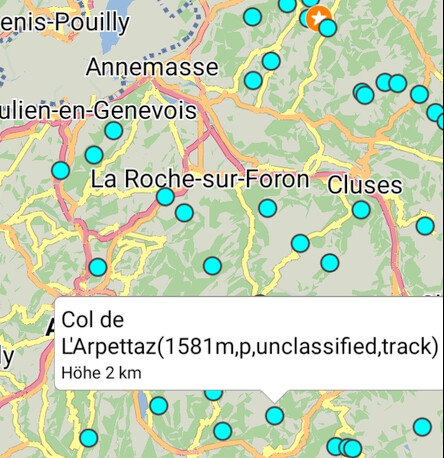 I think it would be useful to show the elevation always in m.

Remark: To be able to see the elevation also in programs / navigation devices ignoring the <ele> tag currently the elevation is also put in brackets at the end of the name - that’s the reason why you see it twice in the screenshots.

it would be useful to show the elevation always in m

As m is the official elevation unit in GPX,
it will be available in the next app update.