I would like to see the actual speed limit somewhere in the map display.
Do you have enough info in your map database to handle such feature?

yes this is a frequently asked feature and already on our todo list. Especially in central Europe the OSM data should be detailed enough for this. You can find more information about the data we use here.

I agree with Zoran, displaying speed limits is very important because machines become more and more powerfull, it is always disturbing not to know, am I in a 50kmh zone or did it change to 80/90km. Am I in a 30kmh zone ?. Fines are higher and higher, chances to loose license increases too. Indications are changing all the time , having a quick look and being sure one is at the right speed in regards to the speed limit is reducing the stress of the biker of not knowing. Please do this is your next version, we will all be happy about it. Otherwise great app. Very happy being able to plan very precisely my routes. But speed limit must be the next thing to do on your TO DO list. Thank you in advance

display speed limit at any time is a must have while riding your motorcycle. Thank you in advance to do this for the next release.

Is there any news on the subject about when we should be able to see the speed limit in the zone we are in ? Many thanks in advance as this is important and is more or less the only weak point of the app against a GPS device.

Is there any news on the subject about when we should be able to see the speed limit in the zone we are in ?

ok thank you, let us know when you can tell us about a possible date of availability. Thank you for the effort made to make this app a great app in it’s field.

In the settings of Maps Speedometer is pointed to the app Maps Speed Limits, which can show speed limits on Google Maps or any other app: 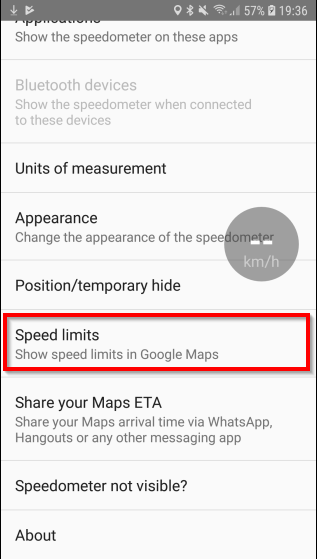 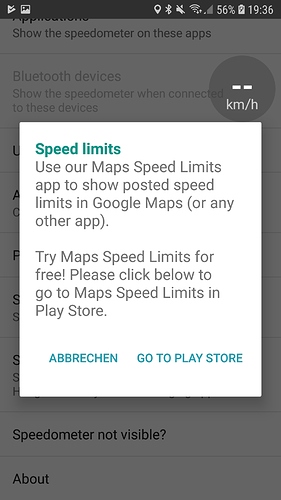 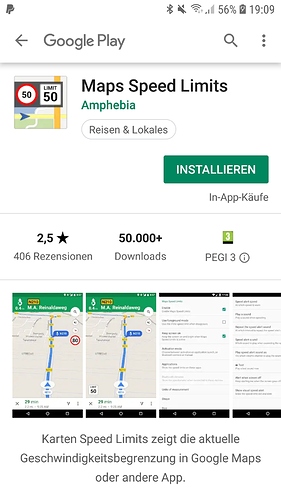 Anyone tried this with Kurviger?

The apps data is based on OpenStreetMap (OSM) data. I assume most issues with incorrect speed limits are because there is no or a outdated speed limits tagged in OSM. The only way to improve this is to improve the OSM data.

So with our integration of speed limits can expect similar outcome depending the region OSM data?

I haven’t tested the app, so I don’t know what they are doing, but I think they might be doing something suboptimal. Other apps show maxspeed based on OSM and I haven’t heard that many complaints.

The coverage of maxspeed tags in OSM can be seen here - just zoom to the area of interest and click on run (top-right). There is also a nice visualization tool here.

it seems you need to activate the service with a toggle, you also have to say on which programm you want to see the speed limit (kurviger + kurviger pro in our case), after 7 days it cost around 3 chf / year it seems.

I tested it for a few days, in my opinion,it is not accurate to 100% but it is usable and acceptable as long as it is not develloped inside kurviger pro. I’m ready to pay a higher price for kurviger pro if this is inside it.

May be my very individual weakness

, but I decided to go back to better be just very attentive to the real speed limits in the analogue world …

Hello,
I really missing that feature. I really love the Kurviger app, but without that feature, i won’t really use it.
Yes, it potentially is wrong from time to time, but usually it’s still better to have it. Osmand+ or sygic have it for quite some time, so please add it

Yes, it potentially is wrong from time to time, but usually it’s still better to have it.

I agree with that. Better than nothing. Would be definitely still helpful.

The problem is, the card data must be 100% correct. With the OSMand mentioned above, it is often the case that the speed is displayed incorrectly. But this does not only concern the speed, also warnings at level crossings etc. …

The problem is, the card data must be 100% correct.

… and that often is not the case, causing severe problems …

I tried other apps showing speed limits and experienced MANY wrong data!