very nice, just one remark:
by default all wp’s are named waypoints and with big font size I have no clue which waypoint is meant because the text is cut.
I only see Wegpunkt… 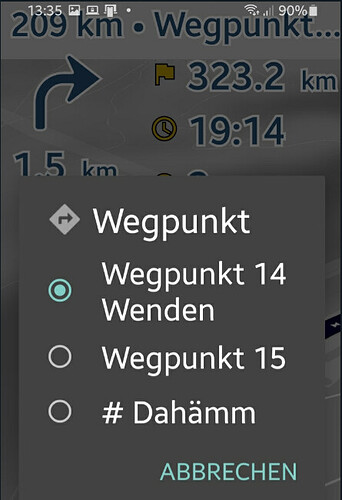 grafik445×650 51.1 KB
Would it be possible to display the waypoints as WP, so abreviated? WP1, WP2, WP3…
Then I wouldn’t need to rename every waypoint in order to be able to read the wp number.
When the waypoint has a special name, then of course display the name like it is.

Additionally why is the turn instruction written additionally? For example I have here a waypoint 14 which I only want to visit and then turn back. I don’t need it to be called " Wegpunkt 12 Wenden" , just “WP 14” would be fine, as long as it has no special name. 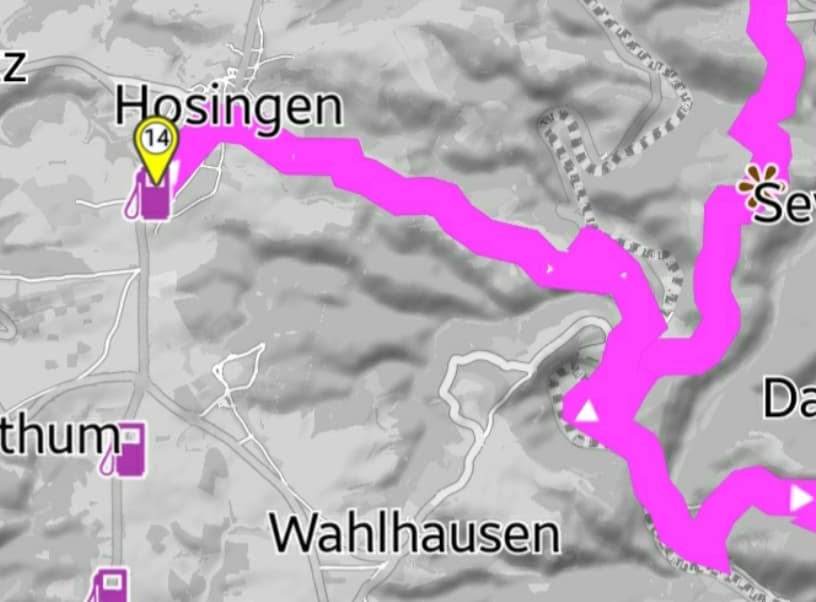 Your image shows the numbers.
1 word + number (without turn instruction) should always fit.

Additionally why is the turn instruction written additionally?

Your image shows the numbers.

but not while driving, then I only see: “Wegpunkt…” or even “Wegpun…” 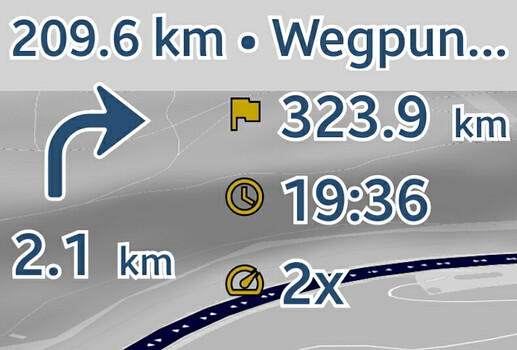 Maybe I don’t understand. I thought the improvement would be that it doesn’t show the turning instruction, but it still shows the “Wenden”, in englisch turn around for the WP 14

but not while driving, then I only see: “Wegpunkt…”

It is expected with extremely large font size…
The left and right panels are connected!

do you mean the 2.2.11 then? Because I have already installed the 2.2.10 and this is still showing the turning instruction (I have now reduced the font size to show but I like the big font size because I then don’t need glasses.

The post was made after the Kurviger 2.2.10 (Beta) announcement,
so it can be available in the next app update.

perfect thanks… the abreviation for default wp naming, is this also something to manage?

There are no universal abbreviations in all languages and users may not understand them.

We could remove the distance (it already exists in the top-right distance panel).
Or make the waypoint panel multi-line.

We could remove the distance (it already exists in the top-right distance panel).

We can use a shorter word or just the waypoint number: 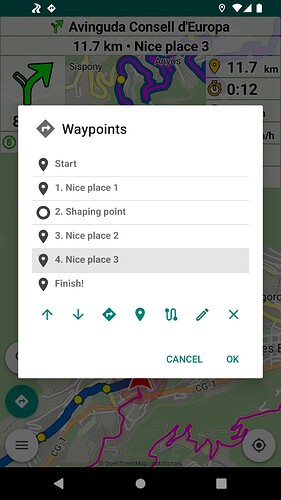 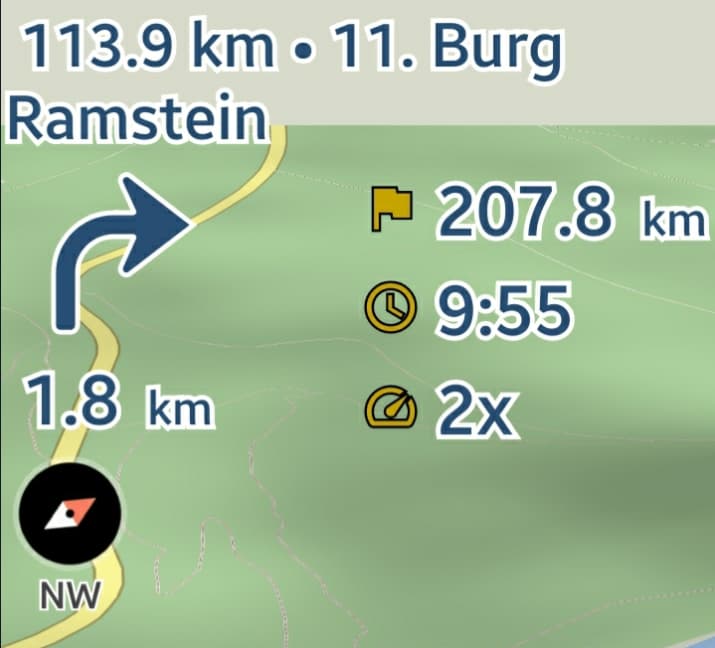